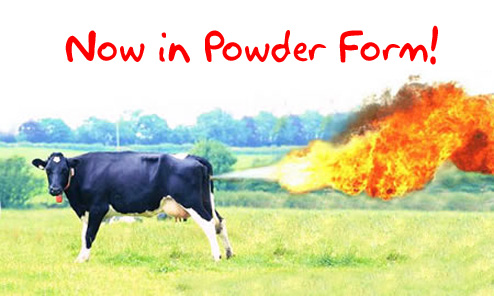 Methane in powder form. If this method of powdering methane gets commercialized, other gases may also get similar treatment. For instance, storing CO2 as a powder could finally make carbon sequestration viable and hydrogen as a powder would do wonders for fuel cell technology.

Most people know methane as a component of natural gas. But chemists in the U.K. have developed a way to create a solid form of the gas that looks like granulated sugar and can be stored and poured.

Methane could power the world. Two methane hydrate deposits off the coast of South Carolina reportedly hold enough natural gas to power the United States for a hundred years. Other estimates say that worldwide methane deposits contain more energy than coal, oil and all other fossil fuels combined.

"There is a huge amount of energy in these resources, The question is how much of that material can we recover." 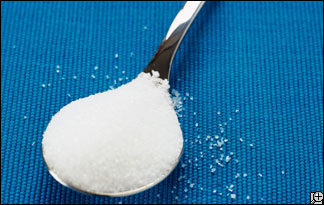 Most of that methane is locked inside ice crystals in the Arctic or at the bottom of the ocean, where the pressure is high, the temperature is low, or both, which makes extracting those deposits difficult.

A chunk of white methane hydrate from the ocean depths is ice cold in your hand, but hold a lit match to it and yellow and blue flames rise from the methane released by the melting ice.

Once you get the hydrate to the surface, methane can be difficult and expensive to store and transport, which is where Cooper and his colleagues' work could prove useful.

To store and transport methane it usually has to be cooled down to about -113 degrees Celsius (-171 degrees Fahrenheit) or pressurized around 50 atmospheres, both of which require large amounts of energy and can be dangerous and flammable. Storing methane in a water and silica mix that looks and feels like a powder would make it easier and possibly cheaper to store.

Creating powdered methane is fairly simple. We took dry water, or water mixed with very fine particles of silica, pumped methane into the container, and mixed the dry water and methane gas together with a blender bought at a local store.