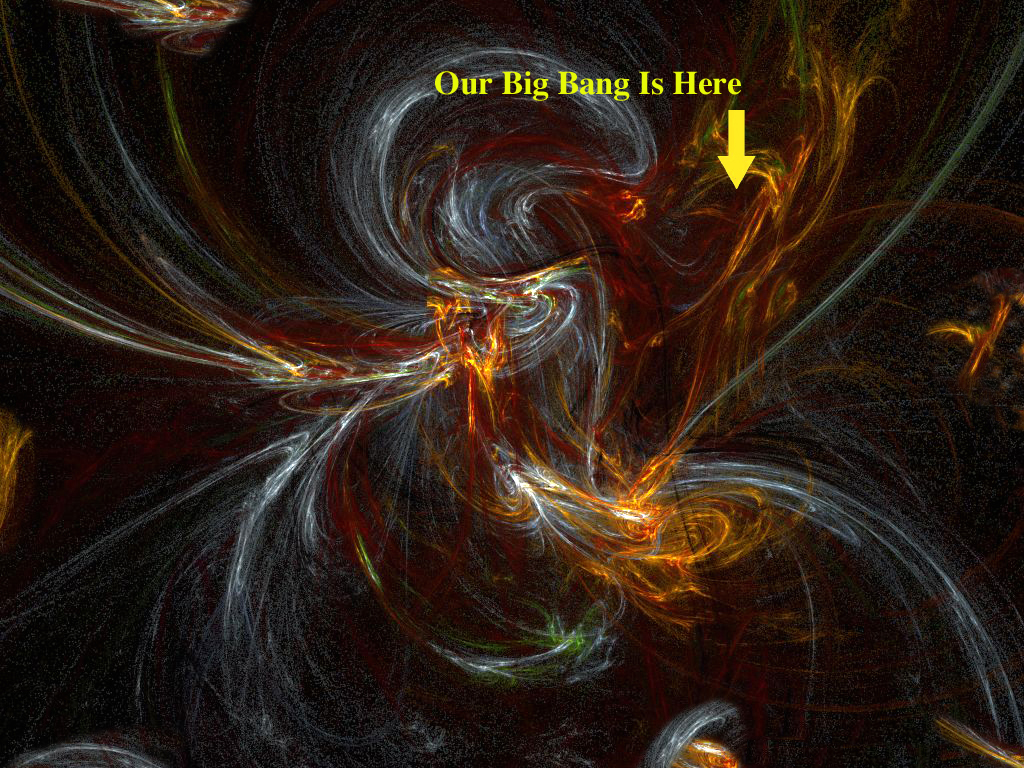 A BLACK-HOLE is made up of COLD motionless

that are devoid of all energy and are pure ice cool matter.

(A Crystalline Lattice Matrix Made of Neutrons)

Whereas, "Neutrons In Motion" = "The Elements"

What is a single Neutron called? Well for now just think of it as a micro

black hole. A single piece of an exploded black hole, a remnant of an event.

each other and spin faster and faster. When this orbiting speed reaches the

called H2 or a proton. The two micro black holes contain their energy in the

form of this spinning inertia . The distance between these two micro singularities

speaking. If you hold a rock in your hand it seems large and heavy and

the only description that would accurately fit would be to call it "GONE".

start to better understand the make up of your universe.

the hidden force keeping planets from collapsing into an object smaller

micro singularities (neutrons) that make up all higher matter.

Understand that the phrases - 'dark matter', 'singularities' and 'neutrons' are all the same partical!!!

What we call Higher-Matter or "The Elements" are simply

hundreds of different bond combinations made of neutrons

which are simply micro singularities plus the speed of their

interacting orbits (atoms). This is what accounts for the great

When these micro singularities gather and lock tight only then

do they lose their freedom to spin and then release their energy.

Once enough micro singularities mass together then you

get a big bang and this is the "Business Model" for the universe.

Since planets are made up off "Fluffed Up" micro singularities

black hole material which is only Neutrons orbiting each other

at the speed of light and this energy keeps things from

collapsing. When the energy is gone they collapse.

of neutrons orbiting one another at the speed of light.

Depending on the complexity of the bond many

combinations can emerge from groups of 2 - 266

and we call those groups "The Elements"

The "STRONG FORCE" in all elements is only micro

gravity at work. Depending on the arrangement of this

powerful micro gravity bond you could get "GOLD"

These 'orders' are natural points of resonance or frequency

that the spinning micro singularities nest into as stable

combinations. These frequencies of the individual elements

can be clearly distinguished from each other on a spectrograph.

No wonder that the SPEED OF LIGHT is the natural speed limit of the elements and us too!

would fly apart when approaching the light-speed. Elements being held together by

orbiting at the speed of light can NOT travel faster than their orbits or KABOOM!

A mass of hot neutrons still contains much residual energy and thus takes up more area as per the "Pauli Exclusion Principle" Thus HOT neutron stars still contain MUCH energy (heat or motion) and will not condense into "Black-holes" until all residual energy has dissipated. Any heat prevents the formation of neutronium crystals which become Black-holes.

Matter made of neutrons and thus 2 protons are really only 2 neutrons spinning at the speed of light. This spinning of the 2 neutrons is what we call ENERGY. We can call it a proton ONLY if the orbit of the 2 neutrons is stable. If not the neutrons separate and that is a very dangerous thing, just as occurs in a Neutron bomb. Neutrons flying away from each other at the speed of light creating new elements when they impact into other atoms (very dangerous to your DNA codes! (ie 1945 event New Mexico)
We need to start calling Protons "Dual Neutrons Spinning" In fact we have to totally rethink many terms.
Lets relearn, Two neutrons together is called hydrogen or a proton. When apart they are just two separate

neutrons and they will try to rejoin within about 15 minutes (half-life) if in close proximity to each other.
D2 is 2 neutrons almost ready to touch and release energy so lets call heavy water 'Ancient Water' since it is close to decay.
D3 are groups of neutrons in very close proximity and already close enough to start rubbing together hence releasing energy (glowing).
All we call 'Matter' is actually only DARK matter +energy. What we call "THE ELEMENTS" is merely dark matter still in motion with neutrons orbiting together for trillions of years ever slowly moving closer together. This dance of "neutrons in motion" at the speed of light eventually come to an end and they all become dark matter once again. The real big question is "WHERE DOES THE HEAT GO?" What is "HEAT'? Where does heat come from in the first place? This is the question that needs to be answered first! The answer is simple BUT if I have to tell you then you have not yet earned the right to know. 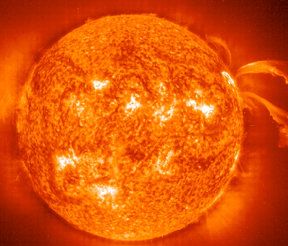 Neutrons forcibly pulled apart while in a dead cold state is the catalyst of a big bang! Heat is ONLY created when the neutrons try to reunite much later making a BIG BANG a rather "ICY" explosion relatively speaking. Yes the big bag was hot and brief but what came long after was much hotter with the fusion of trillions of stars for billions of years and all slowly turning back into cold dead matter and resetting the unless cycle of matter into energy and back again on a grand scale.
Heat is the reversal process of a singularity explosion. HEAT is the CONSEQUENCE of a big bang and NOT the cause. Heat comes much later as neutrons try to reunite.

When enough congeal together they form a new Sun and release there MOTION into heat.
Simple friction from the rotating neutrons rubbing together under the force of their own gravity, is commonly called fusion. This hot interaction starts to form heavier elements in the core of the new Suns. When a pair of hydrogen atoms fuse they are actually forming larger neutron pairs so the whole way we see the atom is totally incorrect. Think of fusion as two micro black holes swallowing each other and thus becoming a tiny bit larger, very simple and the math works out better than the common model! When two micro singularities meet and fuse heat is emitted by their collisions and at that point a slightly larger singularity is born, Helium! Think of the new and heavier helium atoms as having two slightly larger singularities spinning at the speed of light. So what about the electrons? Do they actually have mass, not much, for now lets just call them the consequence of the vacuole density changing charge or destabilizing and trying to maintain equilibrium. EVERYTHING in the macro and microcosm is made of spinning or orbiting 'DOTS'. Spinning pairs of neutron dots of varying size that go inward and outward to infinity! Photons, electrons, quarks and even tachyons are all just members of this common family. What we needed to put it all together was this key, that they are pairs of this 'Neutron Substance' or 'Raw Matter' spinning at the speed of light.
Absolute ZERO is infinitely cold. We can not measure it since the instruments we use to measure it are made out of elemental matter. True ZERO is the state where all atoms lock tight and touch with NO space in between. True zero degrees is well beyond our comprehension and ability to measure yet.
COLD is the natural state, We are the lucky anomaly that comes from the icy cold of a
Hyper Compacted Singularity Exploding. A crystal about the size of a golf ball shattering.

So back to "WHAT IS HEAT?" A Neutronium Crystal is infinitely COMPACT while

containing ZERO energy. When it shatters or explodes it creates the conditions for

Infinite SIZE and MUCH energy. This fits the mathematical models that show

MASS and ENERGY are DIRECTLY interchangeable. Now we know the

mechanism of how this once mysterious event occurs on the grand scale.

In the universe size DOES matter and is in fact 'MATTER' itself.

As planets age the super heavy isotopes like all the Uranium in the central core start to break down and transmute into lighter elements like silicon dioxide (lava) and even
dihydrogen oxide (water) in some cases. This process takes up more space causing radical expansion of matter from the ultra heavy into a fluffy lighter matter. This takes up more space and starts
the "EXPANSION PROCESS" of older planets with molten cores at some point in their life cycle.

This blows up older planets like balloons and makes them "WETTER" too. As long as the lava is flowing we have our magnetic shield against the Suns gamma radiation. As long as this chain reaction keeps happening within the heart of our planet we are safe from all the Suns gamma radiation. When the process is over the core solidifies and the planet is effectively "dead".

HAVE FUN (this video is incomplete as he does not mention the contraction periods that create the tall mountains SO remember it is not ONLY expansion but also times of contraction and that is the period we are in now so the plates are grinding downward (subduction) . That is the period in between the expansions. An expansion phase may be separated from a contraction phase by several million years so keep an open mind, this planet is really old! Watch the expansion in this video which is only part of the puzzle. The author never thought of contractions too, it is so obvious. As a species we tend to make many leaps in knowledge and then get stuck not believing the tiny details that are so darn simple!! -

The number 1 is by definition not prime. A prime number can NOT be reached by multiplying any combination of numbers
E
T
x
G